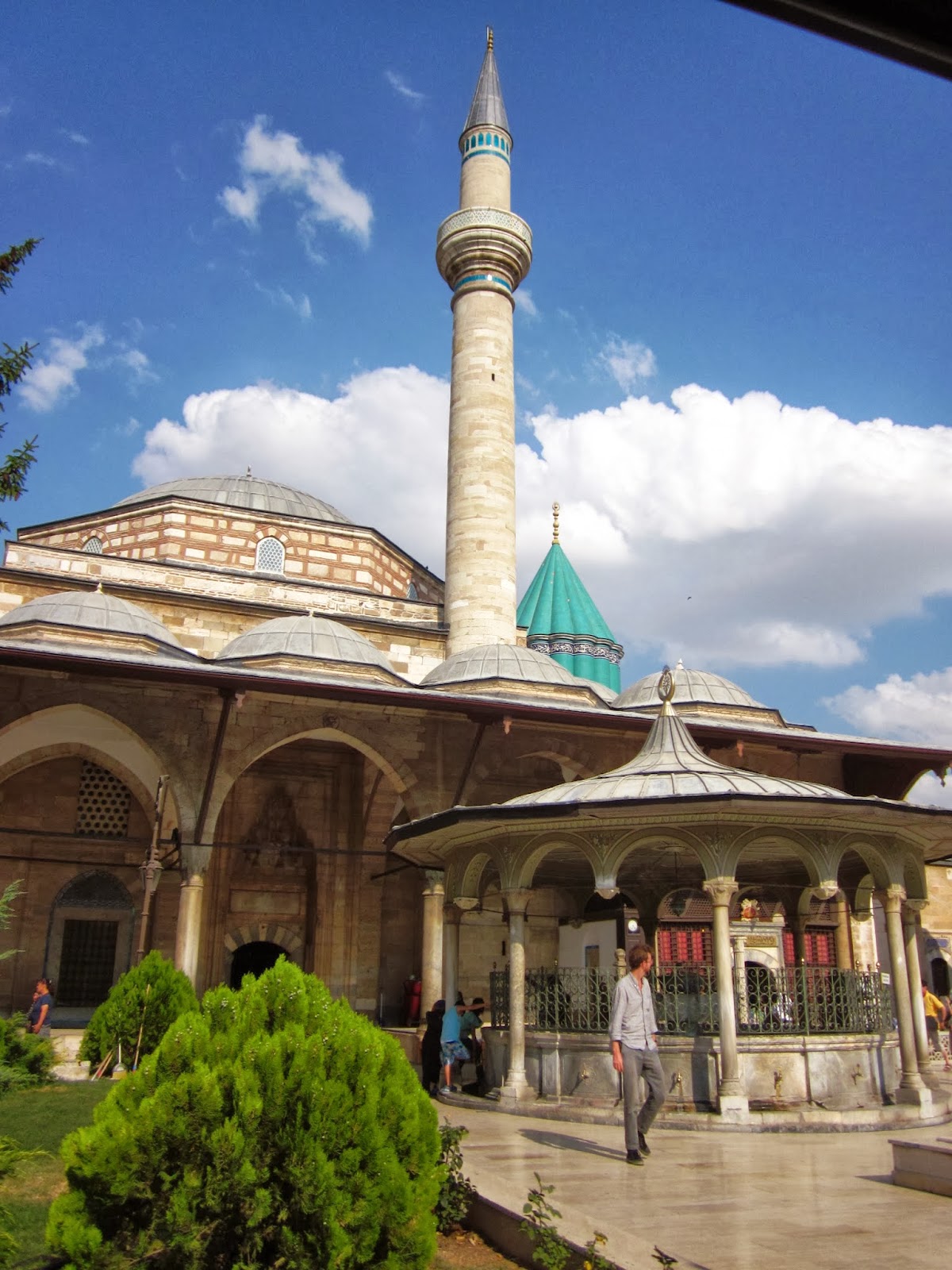 This morning I biked into Konya. It felt epic. Not because of traffic or (for once) heat, but because I had no idea where I was going. As I neared town I went through enough round-abouts that I completely lost my sense of direction.
Eventually I found myself at the Shrine of Rumi, the Sufi poet. Around 1245 he withdrew to a monastic life, wrote poetry, and developed the Whirling Dervish Dance.

The Whirling Dervishes wear white gowns to symbolize their death shrouds and tall brown hats to symbolize their tombstones. They start to slowly turn, reaching one hand down towards the earth showing the connection to material life. The other hand extends upwards symbolizing the relationship to god. As they spin, the Dervishes relax into a meditative state, surrendering themselves to an inner peace and connection with god. The ceremony is completed with a reading from the Qu'ran. 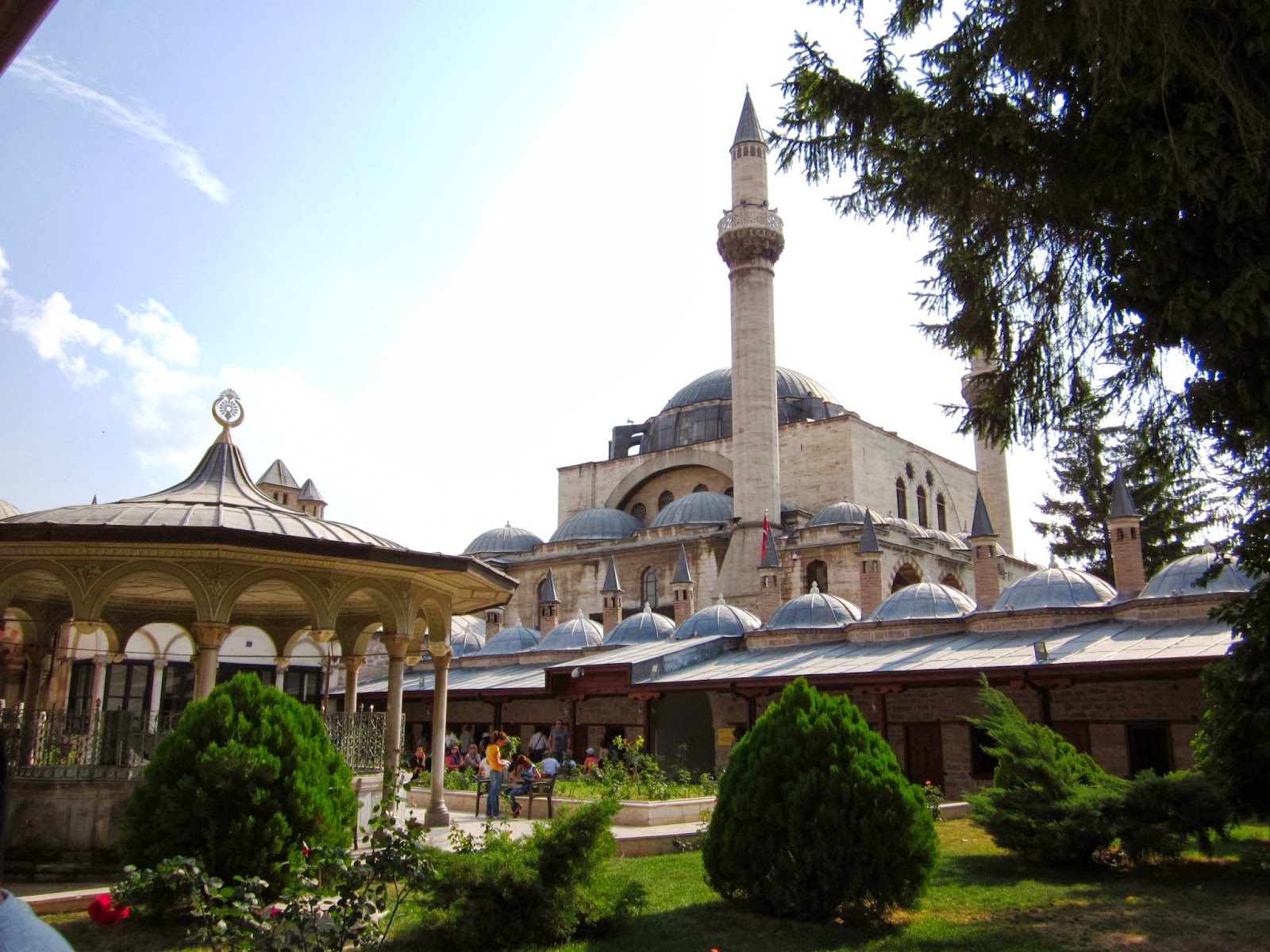 The Shrine was a beautiful place, and now a popular pilgrimage site. Inside there were relics from Rumi's life including a copy of the Koran so small that it made the writer go blind. The walls and ceilings were adorned with detailed inscriptions From Rumi's writings. In the center stood his tomb. His epitaph reads:

"When we are dead, seek not our tomb in the earth, but find it in the hearts of men."

From Konya I took the bus to Ergirdir. After the dust and heat of the roads, the bus was a luxury. But Turkish buses would feel like an extravagance anywhere. The buses they use are the same "luxury coaches" they use to take nursing home patrons to casinos. Each bus has an attendant, usually in a crisp white button down shirt with a colorful bow tie. Once the journey begins, the attendant rolls a little cart down the middle aisle and passes out various snacks and cookies. Next comes the little cart with hot teas and soft drinks. Each seat has it's own TV and headphones. The only channel that had English speakers was the pop music videos. I have never felt so up to date with popular teen songs in my life. After a short period, the attendant wheels his cart up the aisle and the whole process repeats. I was beginning to wonder why I even bothered bringing my bike. 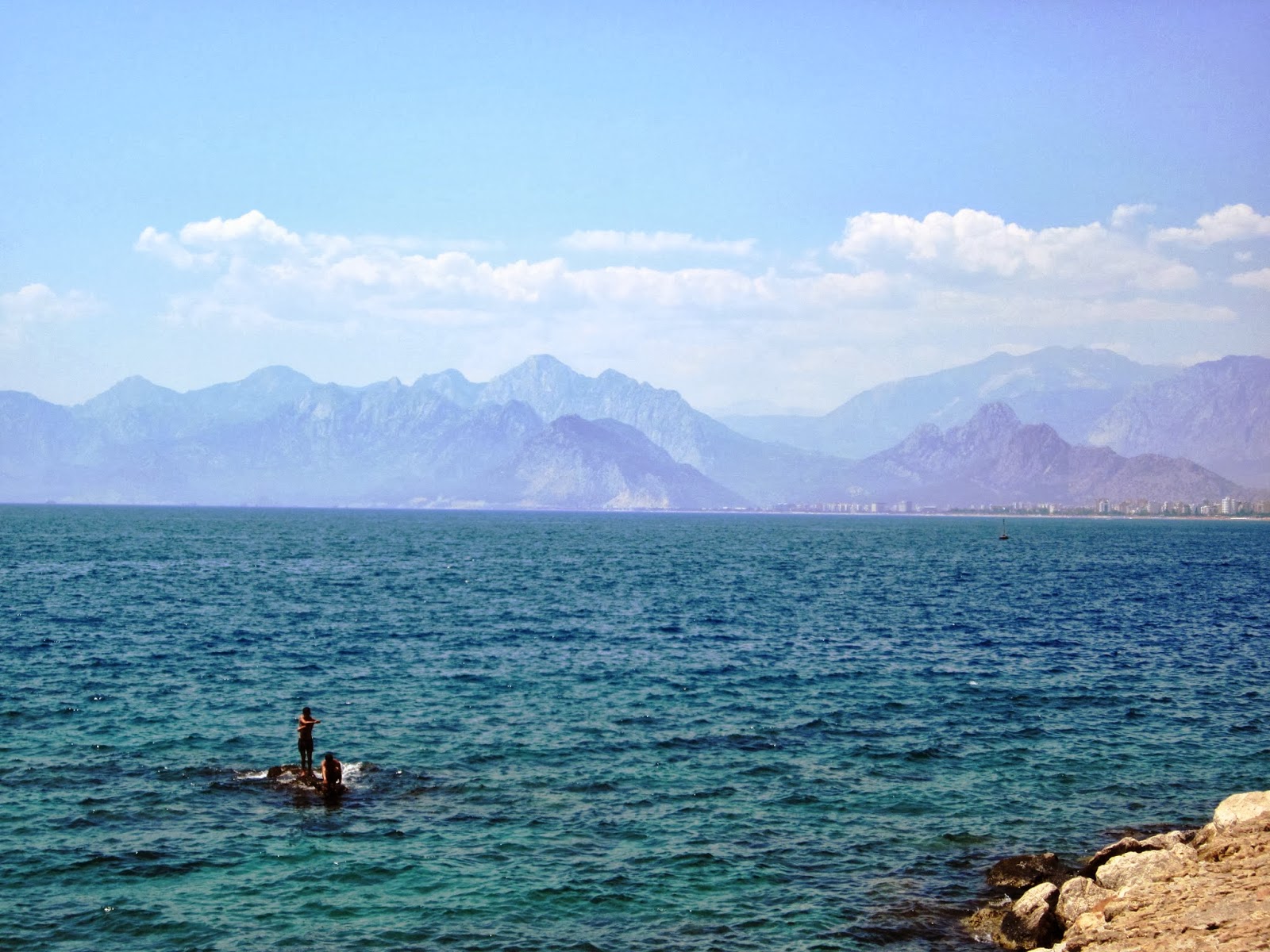 Ergidir is up on the Anatolian Plateau in the lake district of Turkey. The lake is surrounded by mountains, the water is an impossible blue-green, and bathtub warm. I decided to stay in the hostel there and while eating breakfast I started talking to an Australian family. The husband Bob had been an avid biker. As soon as he found out that I was cycling through Turkey his eyes lit up. The rest of his family rolled their eyes and scooted their plates to the far end of the table. "Do you fancy a bike ride today?" Bob asked. I happily accepted.

I don't think I have ever cycled with such an enthusiastic man, ever. From the minute we took off Bob manically chattered about the joys of cycling, how his family thinks he is crazy, and how much fun he was having on our little ride, "Nothing like the feel of a bike seat on the old bum eh?!" He gleefully shouted questions and observations to me, hysterically laughing at his own jokes and comments. "Look at that dead animal in the road!" He roared, "It looks like mushy peas!" I loved him.

23km away there is a cave in the mountains. The rocks around the entrance are carved with Roman letters dating back to the ADs. When we go there we woke up the attendant who insisted that we wear bright yellow hard hats for our safety. The cave was a welcome respite from the growing heat of the day but as far as caves go was fairly unimpressive. As we walked deeper into the rocks, the stench of guano and the squeaking from thousands of bats steadily increased. The ground was damp and squishy with mud and gravel... or so I thought. As we rounded a corner into a well lit area, we realized that it was not mud that was squishy, but the dead bodies of hundreds of bat bodies that cushioned our feet. 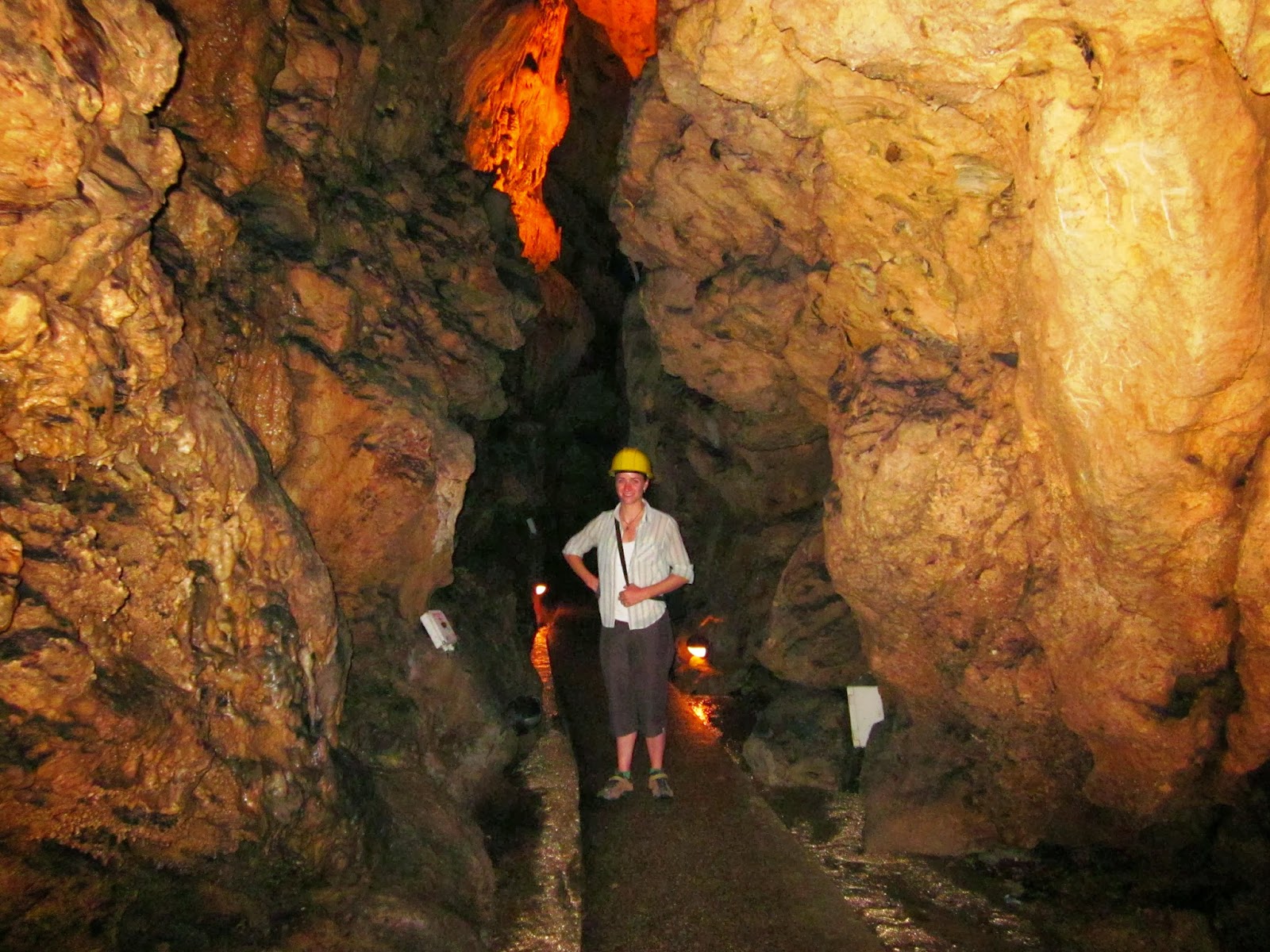 Upon emerging from the Cave of One Thousand Bat Bodies, my new Australian friend and I ate a quick lunch before Bob decided that sadly, he should probably get back to his family vacation. "They wouldn't have liked the bats," Bob ruefully sighed. As we rolled back into Ergidir, Bob clapped me on the back, nearly toppling me over, "Ah- life's a beaut when you're on a pedal bike."
Posted by Liz ryen at 2:56 PM No comments: