Stavanger is a fantastic city to while away a couple days. Old Town is a snarl of pedestrian only cobbled streets filled with tiny streets and white wooden houses. 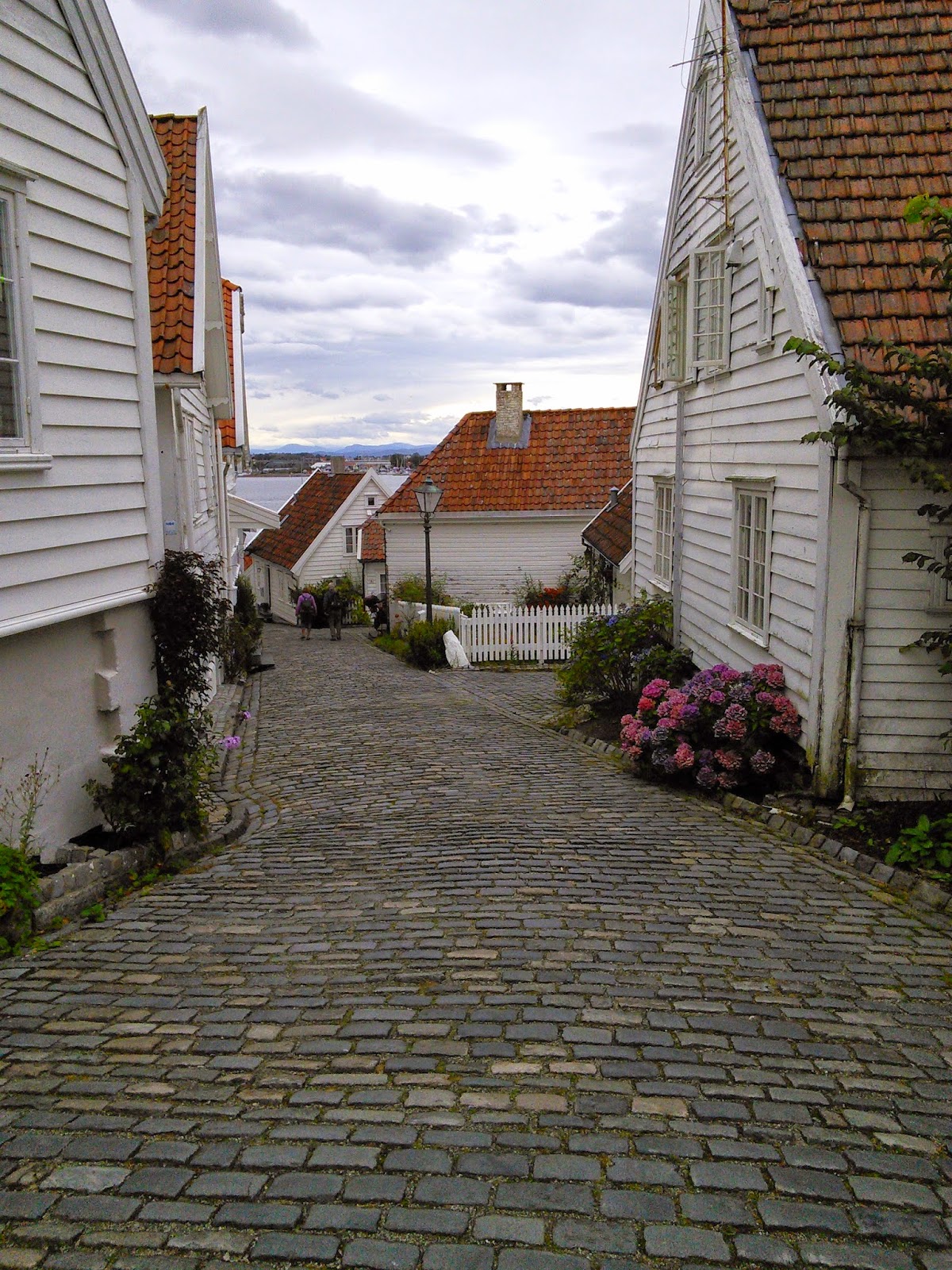 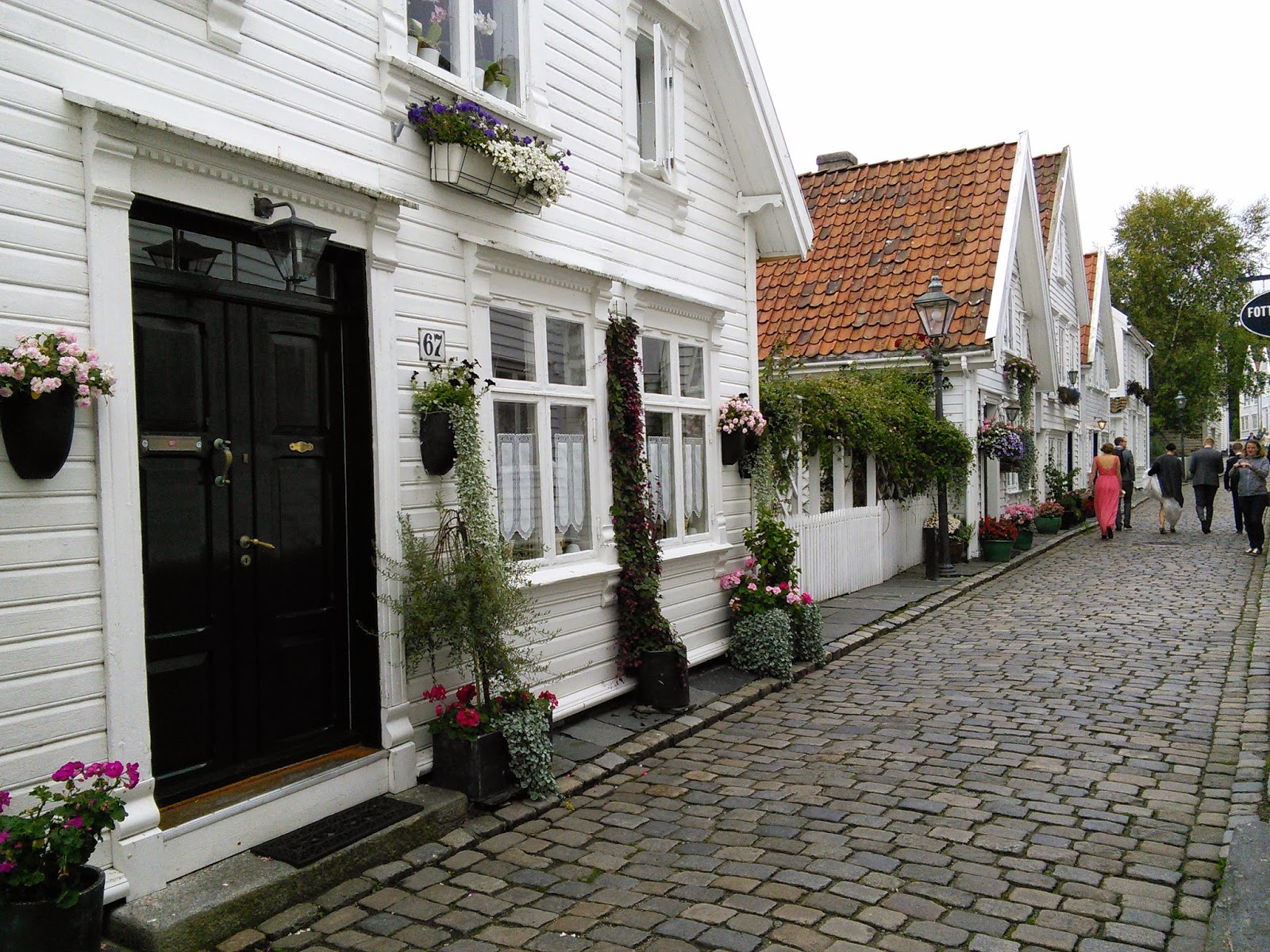 On the waterfront there are tons of fun shops, cafes, and hanging baskets of colorful flowers. I have been  walking around since the wee hours of the morning (8am) and had the whole city to myself. I love the Norwegian work day of a 10am start and a 4pm finish! 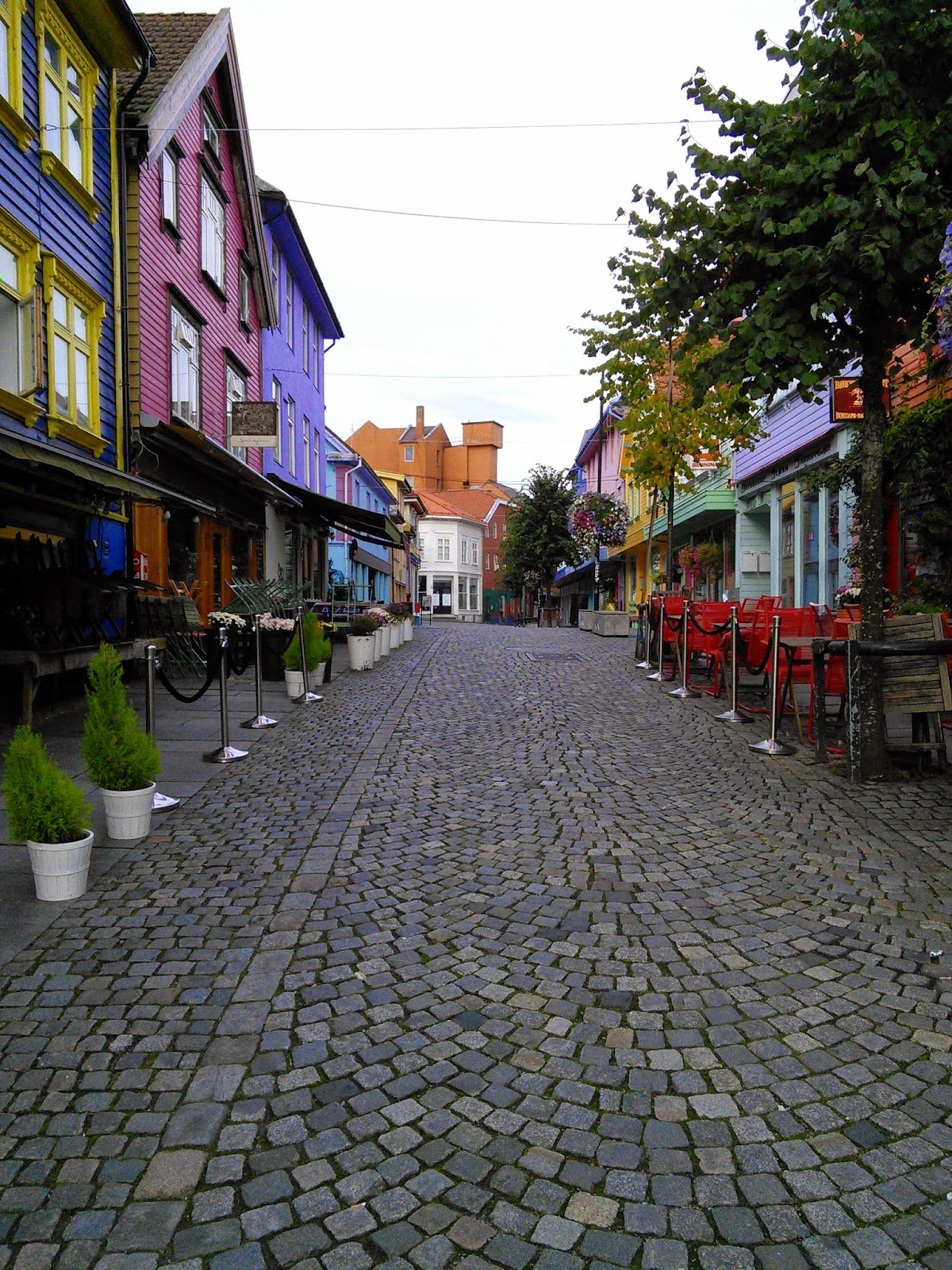 I took the train back to Oslo and arrived at 1am. I was thinking I would just sleep for a little while in the train station. What I didn't realize was that the station closes from 1:30-3:45am and everyone gets kicked out onto the street. All the homeless of Oslo seem to use the station as a place to hang out inside. So when the station closed, I was herded put onto the sidewalk with everyone else to wait for a few hours.

At 4am I lugged my boxed up bike back inside, looking forward to just a little nap. wrong again. There are constant patrols by security guards who walk around the station and make sure that no one is laying down and no one is sleeping. I watched them tap both travelers and homeless alike on the shoulder warning them not to sleep. It was like a really polite form of torture.

At 9am I met up with a friend whom I had crossed paths with earlier in the trip. Since my bike box was heavy and awkward I decide to just put it on a luggage cart and push that around the city. No one stopped me as we left the station so I spent the next two hours pushing my bike around the streets of Oslo in the sunshine.

A quick ride to the airport, and my month in Norway came to a close. I had biked over 1200 miles up countless hills and had zero problems with my bike. The worst thing that happened was a dry chain, but I rubbed a pat of butter along the links and it fixed the squeakiness. Good thing too because I really wanted to eat it. The trip was incredible, Norway is one of the most beautiful places I have ever been and I feel so very lucky that I had the chance to go. 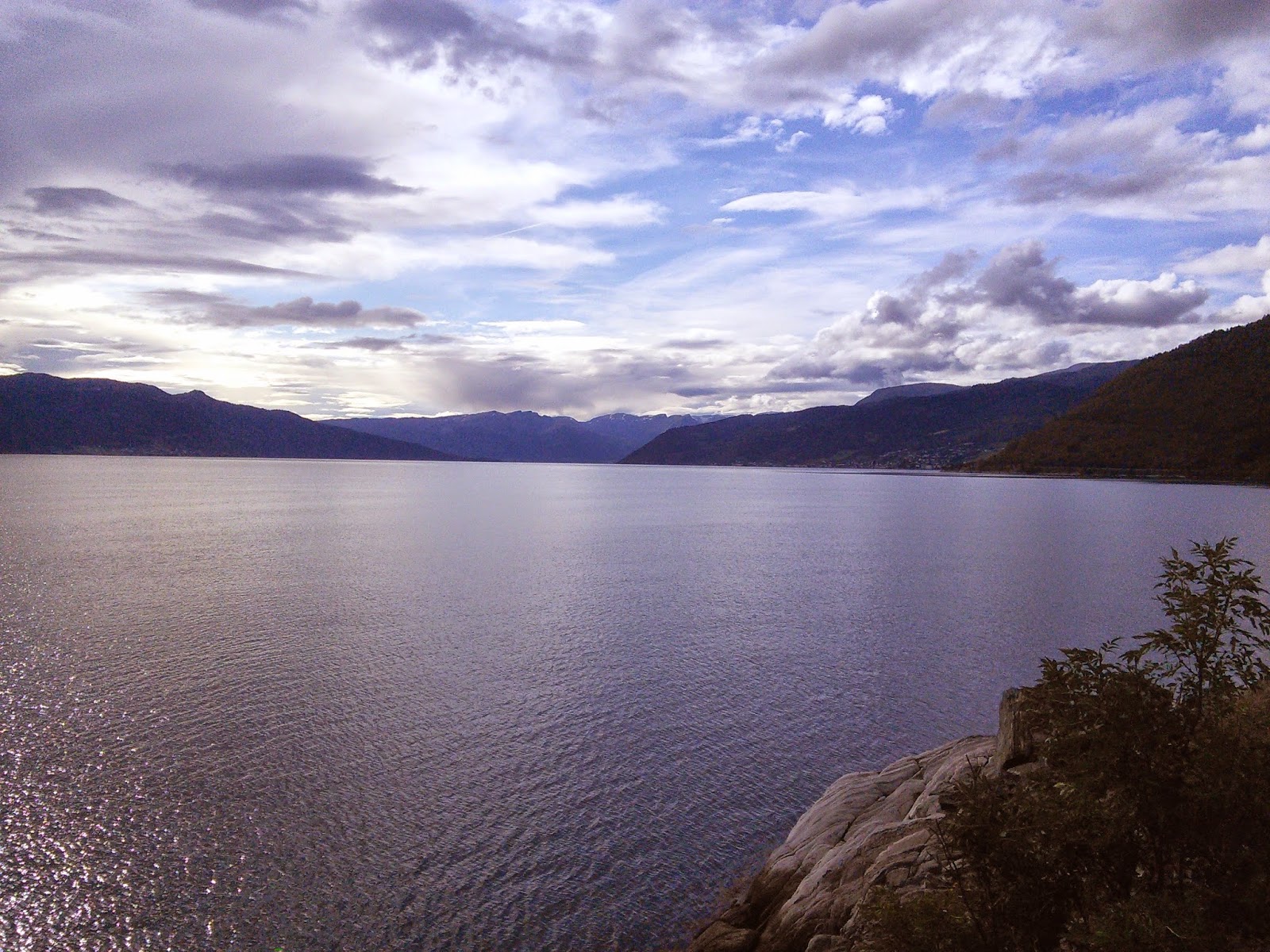