15 Sept
With a forecast of rain, I was eager to make some miles. However, when there are so many things to look at, multiple stops are inevitable. I took an out and back detour of Carlingford, a medieval village with a lot of great cafes. Properly fueled, I hopped the ferry to northern Ireland. 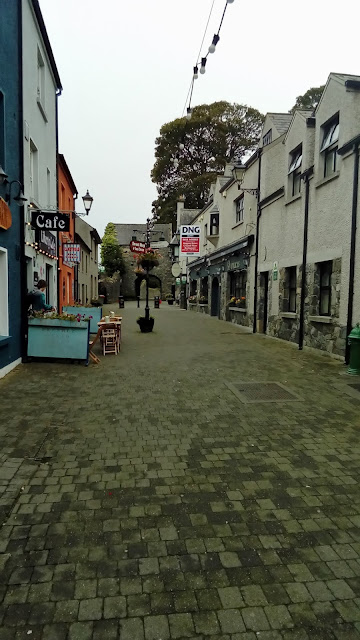 Just across the Lough was a beautiful little castle, I though I would just cycle up to it for a better look. The only people there were the keeper and an archeologist. My quick stop turned into over an hour of crawling up, over, and around Green Castle with the archeologist where I learned that this was a vastly important place in the 14th century.
He pointed out histories of every evolving use of the castle, we slid thru narrow passage ways to see the adjacent farm and how the owner's house is 3 feet thick, meaning one side is the original castle wall from 1350. We got all excited and nerdy about history and I stumped him by asking if there were any true Irish castles or if they were all Anglo Norman. He stopped in his tracks in order to ponder a little better. He thought not, probably only ring forts and such.
It was attacked by Edward the Bruce even though his brother Robert the Bruce (who became king of Scotland) married the daughter of the family of the castle. And, the road leading up too the castle was a WW2 airplane runway for a short time. 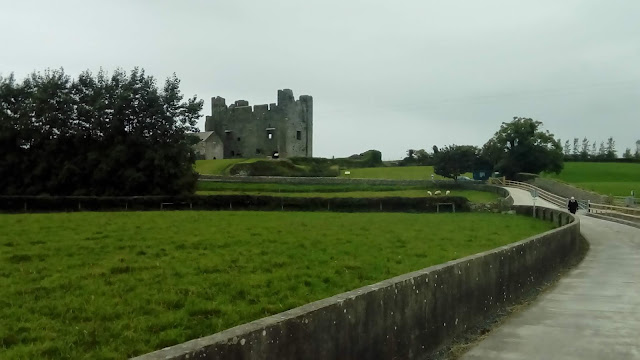 In search of a camp for the night I headed up into the Mourne Mountains. It wad a bit more climbing than I expected, but beautiful. 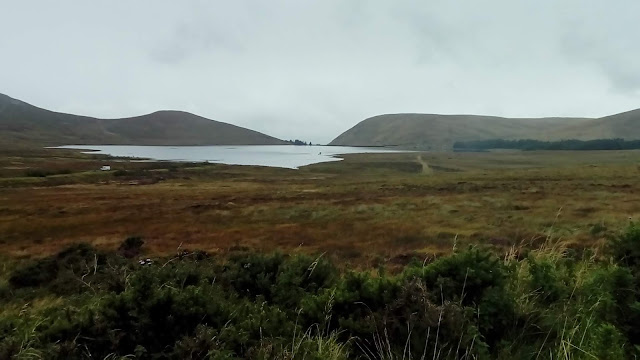 Campsite found I the back posture of a lodge, I decided to take advantage of the shower I could take later and go for a jog. I ran into the mountains since that's where people seemed to be going. It was a little boggy to say the least. My run was more of a hike through sheep pastures without a trail. At one point I thought I was developing a gnarly case of athletes foot as my toes were burning and itchy. Then I remembered I spilt boiling coffee all over my foot this morning so that was kind of positive. 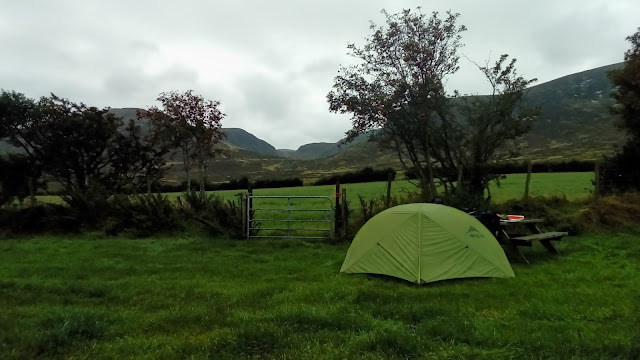 My shower was everything I hopped it would be and I slept like a rock listening to rain patter on my tent.
Posted by Liz ryen at 2:27 AM