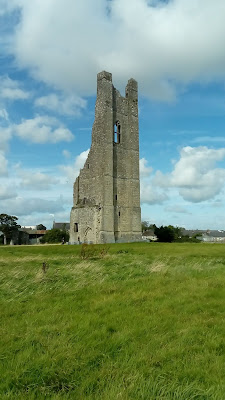 I woke up next to my donkey and goat, plus about one hundred dairy cows. Little morning surprises when you camp on a working farm.

I gave my legs a took a bus south to Trim to see the impressive Yellow Tower-  the remaining ruins of St Mary's, and Castle Trim which featured as the castle of York in the movie Braveheart.
The castle is the oldest Anglo Norman one in Ireland, built in the mid 1100's because the Irish were getting too wild and crazy for the English liking. 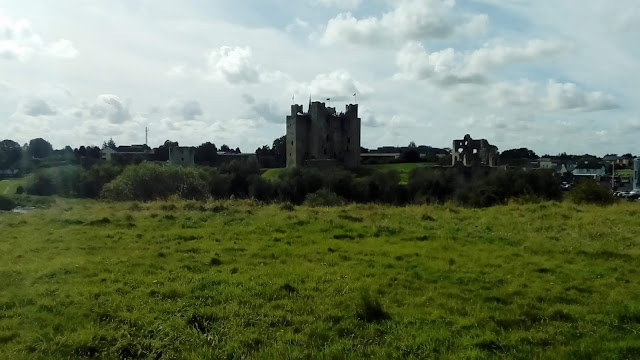 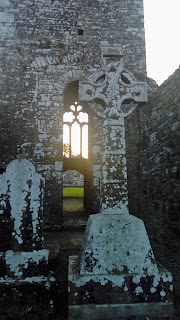 Later that evening I went for a quick taste of whisky, it was delicious, from the Slane distillery and a jog (more about that choice of activity later) around:-) the village Slane and ended on Slane Hill topped with ruins and a 360 view of the valley. Supposedly St. Patrick built a large fire on it when he wasn't suppose to and the Slane Abby was built in commemoration.

I learned that castles were built with a sloping stone base so attackers couldn't set fire under the corner stones, crack them with heat, and undermine the entire structure, and that it is very difficult to put socks on while zipped up in a mummy sleeping bag.
Posted by Liz ryen at 12:50 AM