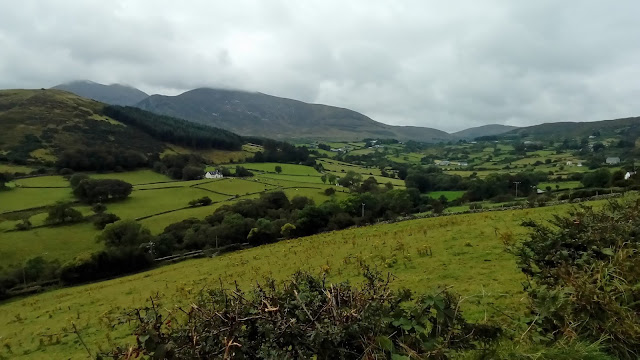 Since I was "stealth camping," a much edgier way of saying sleeping in the bushes, I was up early and on my way. Hours of biking later, and at a much more appropriate time than I would have chosen, I found myself at the Bushmills Distillery.  Quite possibly the oldest distillery in the world, it was guaranteed a liscense to distill in 1608 by James I. 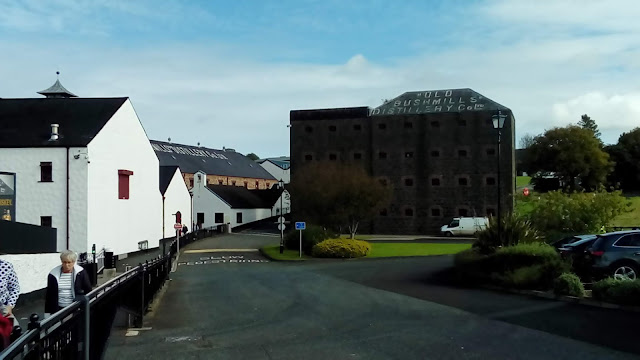 Properly fortified, I headed to the northern coast and the much anticipated Giant's Causeway. An uplift of columnar basalt that looks like gigantic cobblestones. 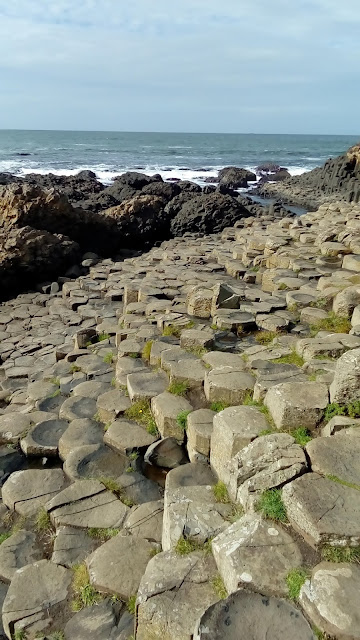 One of the most popular sites in Ireland, it was crawling with people. Not everyone seemed to be impressed, some of the best things I overheard:
"Oh, it must be underwater right now." (It was low tide)
"What is everybody looking at?!"
"We should have gone to the distillery instead."
I thought it was well worth the 2 day bike ride and achy legs it took too get here. Especially when I could get bird's eye view of the causeway. 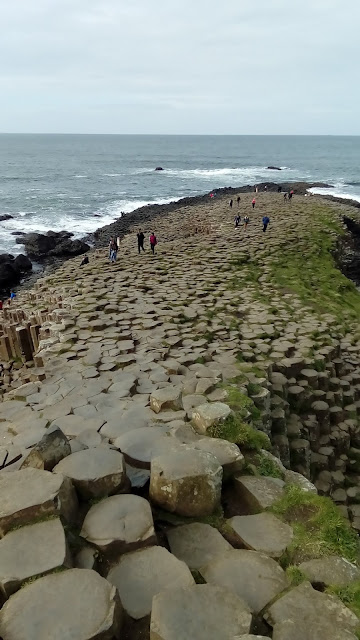 There is a trail that follows 167 stone steps up the side of the sea cliff, taking you along the pastures on top. You could see the island of Scotland in the distance and for such a busy attraction, I had the trail to myself. 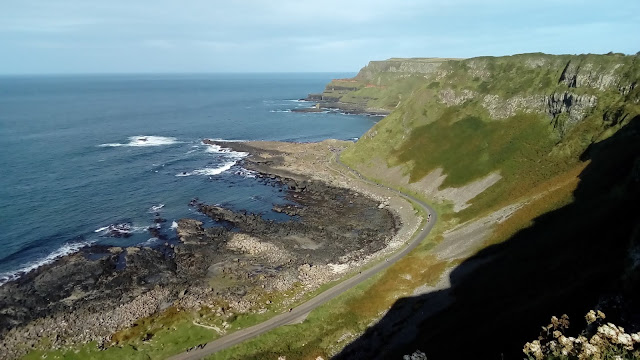 I jumped on my bike and added 10 more miles to my day In order tho sleep in a real bed for the first time on this trip. My day finished with a fantastic burger, my first Guinness in Ireland, and a sunset walk around the peninsula.