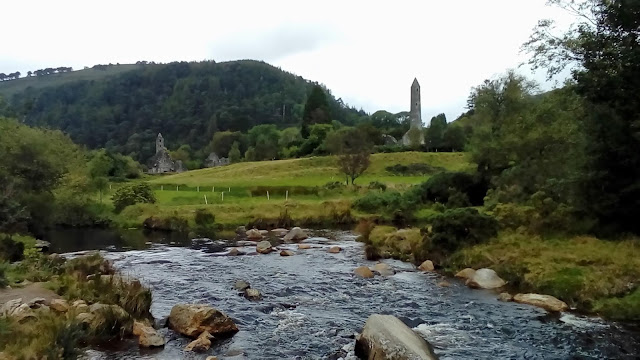 My goal for the day was Glendalough, home of St Kevin and his 6th century monastic city tucked into the Wicklow mountains. I was nearly thwarted when the only bus of the day zoomed right past me. With no other way options I stuck out my thumb and was picked up by a dad and his son. They took me within 7 miles and a taxi took me the rest of the way.
The taxi driver asked if I thought traveling alone was a good idea. Without pausing for an answer he launched into his opinion. "If you were me daughter, I'd be worried about ya. Don't you know there's bad sorts around?!" He proceeded to tell me about every person that's ever been killed in a 100 mile radius. Reaching the visitor center he told me, "alright now, yous have a grand time, and don't be worried about da bus driver, I knows the lad, I'll give him a talking to. He won't be leaving young ladies in the rain now." 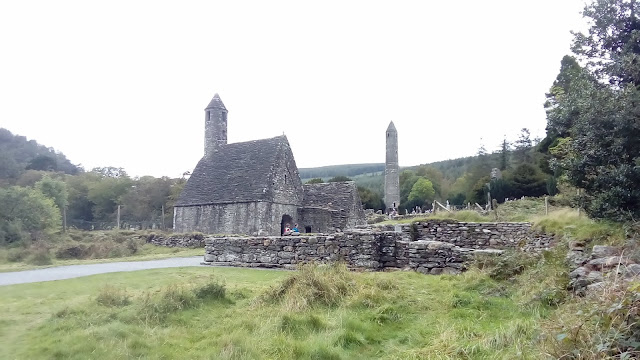 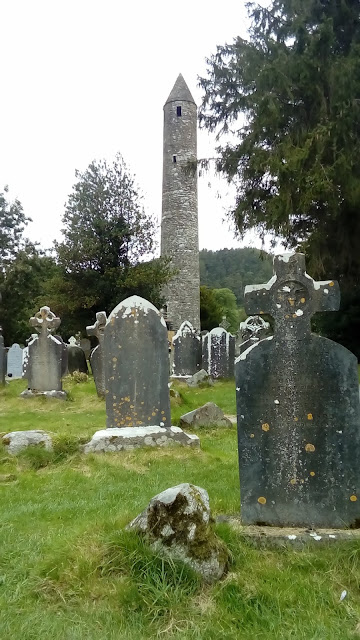 Back in my precarious solo state,I wandered around the buildings of Glendalough.  The first thing though see is the iconic round tower. It stands over 30 metres tall and was used as a beacon, a storehouse, and a refuge from attacks.

The building is still sound and original, except for the cone shaped roof, from over 1000 years ago.

The grave yard is consecrated and still very much active. The oldest stones that were still legible were from the 1770s. Only 100 years after the last person is buried are archeologists allowed to do any digging. 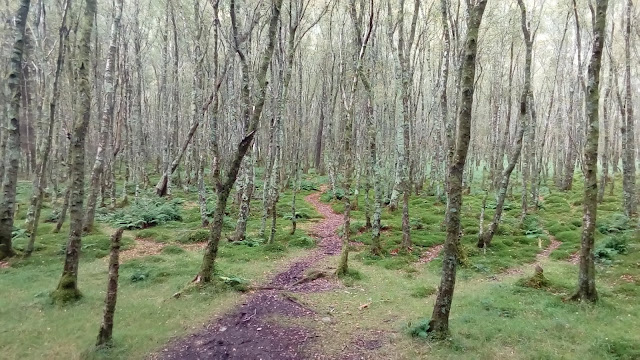 The Wicklow way passes through this valley and three are tons of trails that lead off invitingly. Trying to keep my walking a little in check, I only went up to the large lake and back, well worth it. 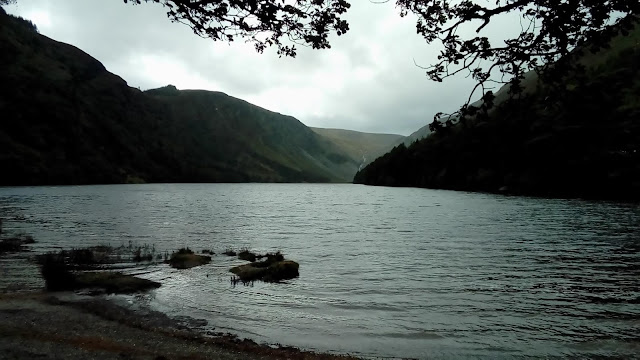 While waiting for the bus, I wandered back through the cemetery and was thrilled to see a little Sika buck taking a rest on someone's grave. I've been hearing them bugle in the evenings since its their rutting season and they are trying to impress the ladies. 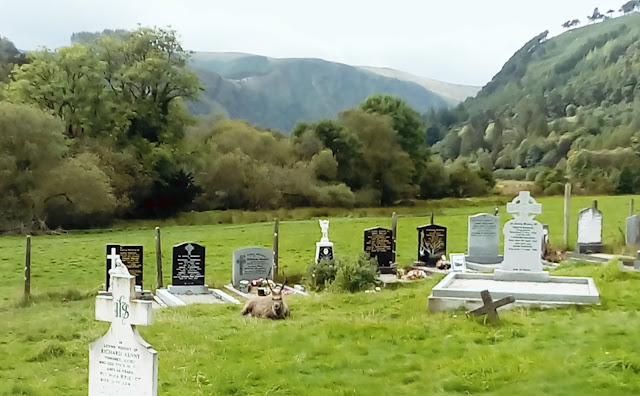 The bus driver did pick me up for the return ride and even stopped me off 2 miles before the official stop so I wouldn't have to walk back so far from my camp. 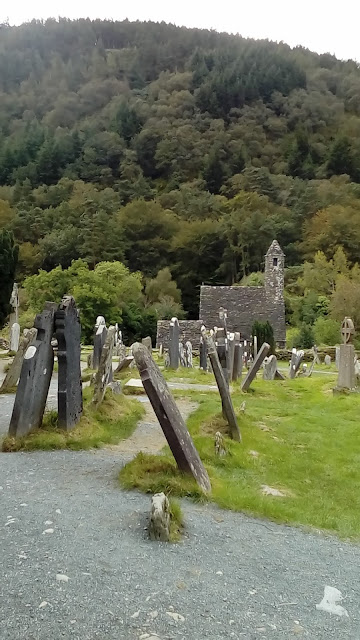